A Smile and a SongCosplay Guest

A Smile and a Song has been making cosplays since 2011 but only just started taking it seriously in the past year. Ever since she was old enough to walk, dress-up has always been her favorite game. There was never a time as a child when she wasn’t ready to cover every inch of herself in glitter, cheap makeup, and ill fitting costumes to pretend she was some magical fantasy creature. She guesses that she’s always wanted to be something more fantastical than a boring old human, which is probably why all of her cosplays have been some kind of alien or mythical beast or otherworldly being!

When she started cosplaying, she was making her costumes out of hot glue, literal trash, old cut up clothes, and the cheapest wigs eBay could offer. Now she’s patterning her own costumes and learning new techniques for sewing, foam work, sculpting, casting, and wig work with each new costume. She still has a lot more to learn, but she finds that exciting. She loves encountering new puzzles to solve. There’s nothing more satisfying than finally finding a solution and feeling proud of the results. 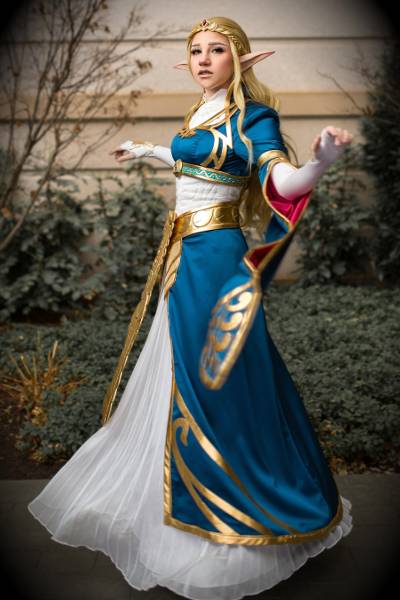